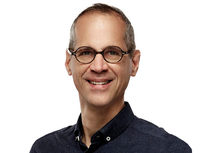 Power Your Podcast With Storytelling With Alex Blumberg
$99 Value 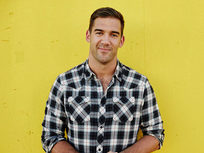 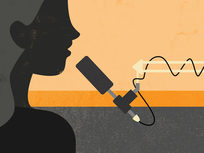 Power Your Podcast With Storytelling With Alex Blumberg

Whether you enjoy watching movies or curling up with a good book, storytelling is something we all gravitate towards, and integrating it into your podcast is key to connecting with your audience. Following along award-winning reporter and producer, Alex Blumberg teaches you the storytelling essentials in this course. You'll dive into interviewing and story composition and learn new techniques for creating a compelling podcast experience that will set your show apart from the others.

Alex Blumberg is the CEO and co-founder, along with Matt Lieber, of Gimlet Media. Blumberg left a long career in public radio to launch Gimlet, a for-profit podcast network focusing on narrative journalism and storytelling, which has been featured in The Wall Street Journal, The New York Times, and The Verge. Gimlet currently produces three podcasts: "StartUp," the real story of what it’s like to launch a business; "Reply All," a show about the internet; and "Mystery Show," a podcast where host Starlee Kine solves everyday mysteries. Many more shows are in development. Blumberg’s work has won every major award in broadcast journalism, including the Polk, the duPont-Columbia, and the Peabody. Blumberg's award-winning audio documentary on the housing crisis, The Giant Pool of Money, which he co-reported and produced with Adam Davidson, was named one of the last decade's top ten works of journalism by the Arthur L. Carter School of Journalism and New York University. Planet Money, through podcasts, radio stories, documentaries and blog posts, delivers economic journalism in a fresh, accessible, humorous, yet hard-hitting way. Blumberg executive produced the interactive project Planet Money Makes a T-Shirt, which won almost every major online award including an Emmy. Blumberg also served as executive producer on the television version of This American Life, which aired on the Showtime network. The show earned rave reviews from almost every major market television critic. It won four Emmy awards, including the award for best non-fiction television series. In addition to his work on the economy, Blumberg has done radio documentaries on topics such as life aboard a US aircraft carrier, teenage Steve Forbes supporters, and prisoners staging a production of Hamlet. He is a graduate of Oberlin College. He lives with his wife and two children in Brooklyn, NY.

Start Your Profitable Podcast & Build A Brand With Lewis Howes

When you get the chance to learn from successful podcaster Lewis Howes, you take it. Seasoned podcast host and entrepreneur Lewis Howes takes you through the anatomy of a great episode and the steps you can take to make your podcast profitable in this course. In less than five hours, you'll learn how to set your podcast apart from the others, invest in the right gear, and leverage the proper marketing techniques to push your podcast to the top.

Lewis Howes is a lifestyle entrepreneur, high performance business coach, author and keynote speaker. A former professional football player and two-sport All-American, he is a current USA Men's National Handball Team athlete. Lewis hosts "The School of Greatness podcast," which has received millions of downloads since it launched in 2013. His newest book, The School of Greatness, provides a framework for achieving real, sustainable, repeatable success. Get the tools, knowledge and actionable resources to take your vision and turn it into a reality. Lewis was recognized by The White House and President Obama as one of the top 100 entrepreneurs in the country under 30. He is a contributing writer for Entrepreneur and Yahoo.com and has been featured in The New York Times, Forbes, Men's Health, The Today Show and other major media outlets. Learn more at LewisHowes.com.

Essential Storytelling Techniques With The Producers From NPR's "Snap Judgment"

A great story needs dramatic tension, solid characters, and a higher meaning that will impact your listeners. Learn the nuts and bolts behind these elements and more with insight from two producers of NPR's "Snap Judgement", Julia DeWitt and Anna Sussman. In just two hours, you'll get up to speed with the essential techniques that can turn your idea into a gripping narrative.

Julia Dewitt is a senior producer at NPR's "Snap Judgment." Her work has also appeared on "This American Life," "99 Percent" "Invisible," and "Love + Radio." Before coming to radio she was a bartender, National Geographic Young Explorer, and ardent traveler. She lives and works in the San Francisco Bay area.

Anna Sussman is the Senior Producer and Managing Editor of NPR's "Snap Judgment," a weekly narrative radio program airing on over 300 stations nationwide. She is also the Advanced Radio lecturer at the University of California at Berkeley, Graduate School of Journalism. Anna earned two masters degrees from the University of California at Berkeley in journalism and human rights and founded Backpackjournalist.org with her husband. They reported stories from 21 countries on everything from the U.S. military debacles to man-eating crocodiles. She has covered armed conflict and peace efforts from Burma, Burundi, Cambodia, the Democratic Republic of Congo, Liberia, Rwanda, Sri Lanka and Uganda. She had writen and produced for The San Francisco Chronicle, The Seattle Times, The Christian Science Monitor, CNN, PRI, NPR, APM, Current TV and public radio stations nationwide.

Producing a professional podcast is no easy feat — just ask John Lee Dumas, the founder and host of EntrepreneurOnFire. John interviews today's most inspiring and successful entrepreneurs 7 days a week and has been featured in Forbes, Inc., and Time Magazine. In this wall-to-wall course, he will cover the technical, creative, and business elements behind running a success podcast; from purchasing the right equipment to finding your target audience. Tune in, and you'll get a step-by-step look at creating and distributing a high-quality podcast, delivered straight by an award-winning podcast host.

John Lee Dumas is the founder and host of EntrepreneurOnFire, awarded “Best of iTunes 2013.” John interviews today's most inspiring and successful entrepreneurs 7 days a week and has been featured in Forbes, Inc., and Time Magazine. John has turned EntrepreneurOnFire into a business that generates over $200,000 a month and shares all the details via his monthly income reports at EOFire.com/income. John also founded the #1 podcasting community in the world, Podcasters' Paradise, a community where over 1,200 podcasters learn how to create, grow, and monetize their podcast in a supportive environment. EntrepreneurOnFire generates over 750,000 unique listens a month and recaps of these 700+ episodes and much more can be found at EOFire.com.

Take 10% Off
Your First Purchase
Join millions of other subscribers who get exclusive discounts, freebies and giveaways!
Coupon code will be sent to this email address
By joining our mailing list you agree to our Terms and Conditions
No thanks, I'll just pay full price.
You're in!
Check your inbox for your 10% coupon